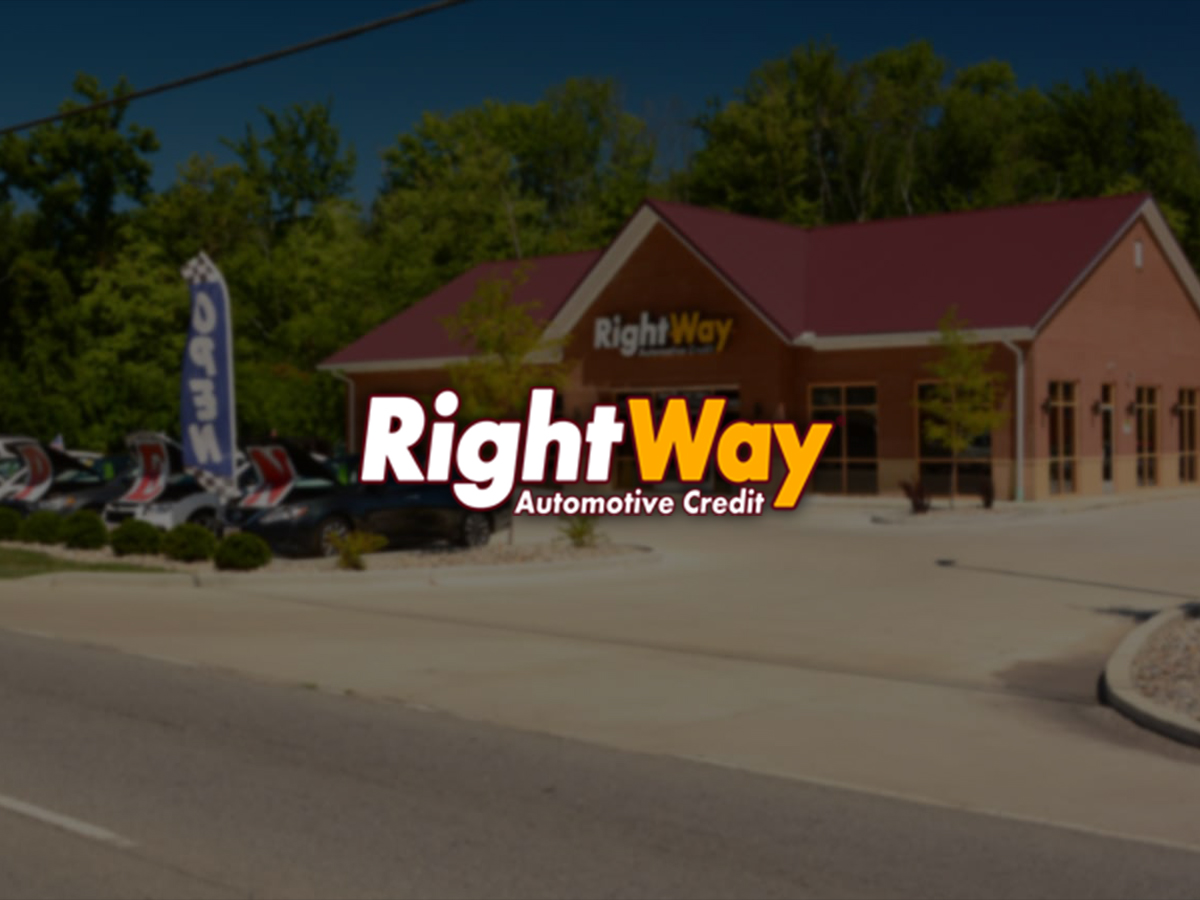 In 2014 Rightway Automotive's online vehicle ads and listings all utilized stock photos and images, and shoppers could not visualize the condition and availability of the individual vehicles advertised for sale. Rightway's local and regional competitors advertised vehicles online with photos of each sale vehicle and did not use stock images. Rightway not only needed to photograph all its sales-ready vehicles located at its 24 store locations across four states in two U.S. timezones on a daily basis in 2014, but it needed to implement a process that could scale over time as they opened more store locations in U.S. States where they didn't operate at that time.

Rightway was using the Promax inventory management software and had attempted internally to photograph vehicles and to upload the photos into Promax at each store location, but due to the distributed locations of its stores and recon facilities as well as the lack of dedicated staff for daily vehicle photography, the internal experiments had quickly failed to meet management and marketing business needs for 80%+ photo coverage across all locations with quality, high resolution photos.

Moreover, in September 2014, Rightway's Marketing department was already nearing completion on a new group website that it was designing internally, and one of the primary business requirements was to launch the site before year end with real photos of inventory vehicles instead of stock images. Rightway needed a partner who could quickly produce quality photos of approximately 1,000 vehicles parked at 25 - 30 sites (stores and recon facilities) in four states in order to maximize the results from the new site which itself was a considerable investment.

AutoUpLink photographers photographed all in-stock vehicles across all 24 store locations in four states within 60-days using DSLR cameras to create high resolution photos. As AutoUpLink photographed each vehicle, the photos were immediately syndicated to Rightway's Promax software application where Rightway's management and sales personnel curated all inventory vehicle data, prices, and media (i.e. photos). Day-by-day during these first two months, stock images visible on the Rightway website were quickly replaced with real photos of each vehicle. The initial project scope was achieved by AutoUpLink on time, and Rightway's new group website launched on time before year-end 2014 positioning the group for growth in 2015.

Rightway experienced an immediate lift in VDP (Vehicle Detail Page) views as well as an increase in user time on site in 2014 after AutoUpLink replaced stock images with real vehicle photos. These measurable improvements coupled with a reduction in group website bounce rates led to a steady increase in lead generation not only from the group website but from third party listing sites as well.

In 2015 Rightway opened new store locations, and AutoUpLink photographers were able to initiate vehicle photography at each new store on opening day. In subsequent years, Rightway eventually expanded into new states like Georgia and Missouri where it was not doing business in 2014, and AutoUpLink photographers were again able to quickly meet the business needs of having vehicle photography initiate on opening day.

Today, during each site visit to a Rightway dealership photographers use AutoUpLink's proprietary, mobile apps named Flow to identify vehicles ready for photos (i.e. already reconditioned), to track work performed, and to track vehicles not available for photography. Photographers use Flow to upload photos in real-time from Rightway's dealerships and other job sites to AutoUpLink's photo cloud where all Rightway images are then programmatically sent to the Promax software as well as other websites and applications. This technology reduces wait times for photographers to send vehicle photos to Rightway's website and its third-party listing sites, which thereby accelerates time to market, compressing vehicle turn at each store location, pushing more profit to the company's bottom line.

Chase Dicken, Rightway's Operations Manager who not only hired AutoUpLink Tech in 2014, but who continues to oversee the results today sums up AutoUpLink's performance this way: "Five years ago we had 24 locations selling 9,000 vehicles per year, all with stock images on our website. When we decided to make the switch to actual inventory photos, AutoUpLink was the company we selected because of their ability to frequently visit all of our locations at once across four states and two time zones, and more importantly they were willing to grow into new markets with us as we executed our planned expansion into new states. Today we have 34 locations across six states and three time zones selling 16,000 vehicles a year. AutoUpLink provides the same great service today they did five years ago. Vehicle photos rocketed our online merchandising results to the next level, and it takes a reliable partner like AutoUpLink Tech to achieve results like this."

Rightway recognized back in late 2014 that its five year growth strategy was best served by partnering with AutoUpLink to deliver merchandising content generation services like vehicle photography rather than investing a significant portion of its front and back-end gross profits per vehicle staffing and managing the human resources needed to create vehicle photos on a daily basis across 24 locations in four states. But the lesson learned was that it is also difficult to estimate what the group's recurring monthly cost would ultimately be to maintain the ongoing geographic logistics necessary to deliver consistent photo creation at all existing locations, let alone the future locations that might be opened or acquired. In this way, AutoUpLink helps organizations like Rightway "growth hack" their expansion strategy with a predictable cost structure that precludes Rightway from assuming 100% of the logistical and management costs of the human resources needed to perform ongoing photography.

For the past five years Rightway's regional management and dealership management staff have instead been focused exclusively on business growth and sales staff performance at its locations and not on the day-to-day oversight required to keep content generation output at peak performance. AutoUpLink's photography expertise and ability to embed resources in Rightway's automotive retail processes ensure that ongoing unit sales growth can occur as Rightway continues to expand throughout the United States.